It’s that time of year again! A friend of mine has just posted a photo of a huge spider in her house on social media. The comments underneath her post showed there are plenty of screaming phobics out there, and it reminded me of the snake phobia I used to have.

I remember sitting in the dentist’s waiting room when I was about sixteen. I was leafing through an ancient magazine, as you do, when all of a sudden I screamed and threw the magazine across the room! I’d seen a snake. Not a real snake, you understand, just a picture of one. The other people waiting nervously for their appointment looked at me strangely, after all, I hadn’t even gone in yet! 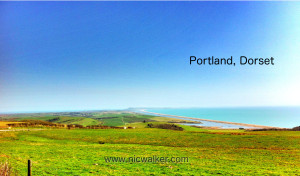 I think it came from a incident I remember with my Dad when I was about five or six. We were exploring Portland, and I had wandered off. My Dad suddenly shouted at me to stop. What I didn’t know was that Portland was apparently the adder capital of England. The adder is Britain’s one and only poisonous snake and my Dad was worried in case I encountered one. I didn’t see one as far as I remember, and neither did my Dad, but it frightened the hell out of me enough that I didn’t wander off again.

In my thirties I visited Australia for the first time. It had taken so long for me to get there because, as you know, Australia contains something like nine out of ten of the most poisonous snakes in the world. However, steeled, I went. About a month into my trip, I visited a crocodile farm. There was some daft young man holding a snake and scaring the girls. It was a small snake, some sort of non-poisonous, but never the less bitey, python. The youth was chasing the girls who looked scared. I knew I’d never outrun him, so I stood my ground, trying to look nonchalant but terrified, frozen to the spot. My heart was pounding as he came to stand next to me looking for his next victim. I was sure he’d hear my heart and notice the sweat pouring off my brow, but luckily he wasn’t a very observant person. The thing is, as he stood there, I had to focus my attention on the snake to make sure it didn’t attack me. As I stared at the snake I noticed it wasn’t slimy, it was dry. It had the most tiny and perfectly formed scales. I could see it’s muscles moving underneath its skin. The sun glinted off its sleek body, lighting up its vivid iridescence. It was actually rather beautiful. The more I noticed, the more interesting I found it. I actually reached out to touch it, when the boy moved away to chase his next victim.

Many years later, I learned that actually phobias could be removed quite easily with NLP, Neuro-Linguistic Programming, and even more easily with EFT tapping, Emotional Freedom Technique, and recently, Havening. All of these techniques remove fears in a matter of minutes usually, and with no exposure to the thing of which you are afraid.

Next time I saw a snake in the wild, was near my house in Greece. I was looking over a low wall to see how far up on a cliff we were. Turns out it was about two hundred feet, wow, we were high. As I peered over the edge, I noticed that there was a narrow ledge between the wall and the cliff edge, and on that tiny promontory, baking in the sun, was a long brown snake. I looked at the snake, with no fear at all, but shading the snake from his heated revery, he opened his eyes and suddenly noticed me. I must have scared him, as he sort of jumped and promptly fell off the cliff!

Now that’s a first for me – installing a phobia in a snake. I’m more used to taking away phobias these days. I do hope he survived his fright. But it never ceases to amaze me how many people prefer to live with their screaming phobias rather than make the decision to get rid of it for good. Someone, just yesterday, decided that they were limiting their holidays far too much because of their ophidiophobia, fear of snakes, and there was just so much world to see. I’m not saying that you should be fearless, they can be dangerous after all, just that, like seeing a spider in the house at this time of year, you should have a choice about not screaming!

Book yourself some relief from any kind of phobia now. Why wait any longer? See my phobia page for details or email catalyst@nicwalker.com or call 07989 404112 now.