I’ve not written for a while, and I really don’t know where to start again. it had become a pleasurable habit, something to do between clients, classes and walking the dog at lunchtime. Settling down and letting the words pour onto the key board…but after a break of a few weeks it no longer feels so natural. It’s like crossing your arms! Have you ever tried folding them across your chest the other way? It is an entirely strange experience to have to do something which seems so natural in a new way. It can take a lot of conscious effort to get it r 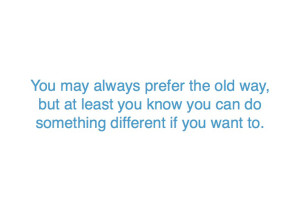 ight. But when you’ve practised it ten or twenty times, it becomes much easier, and after a while you can cross them any way you want without that odd sensation. You may always prefer the old way, but at least you know you can do something different if you want to.

It struck me, especially when people are making New Year’s resolutions, how difficult it can be to break an old habit or make a new one. It takes a lot of conscious effort and perseverance. After all, you are an expert at the old way of doing things. you have much experience, and probably one or two little pay-offs lurking somewhere in the background that you didn’t even know about.

A friend asked my help to give up smoking. She had been smoking for over twenty years. She likes smoking, but there is a lot of pressure to refrain – government health warnings on packets, media stories, bans on smoking in public areas and work places, pressure to stop from her child, who’d learned about the perils of smoking at school. All around her were messages that smoking is bad and harmful. She finally caved. Well, at least on an intellectual level. She knew all the reasons but still she wanted to do it. She was used to doing it. A cigarette on her way to and from work in the car. Cigarettes and wine in the evening to relax. Smoking to have a break from work. Smoking to be social with her husband and friends, well only one couple still partook, the rest had given up long ago.

What she hadn’t realised was that it isn’t only a matter of what to do with your hand if it’s not holding a cigarette while you’re having a drink, but also all the little benefits you get from being a smoker that you suddenly lose. Having an excuse to remove yourself from situations to have a fag – gone. Belonging to a little social clique of smokers – disappeared. Having that extra moment to think whilst you’re drawing the smoke into your lungs – vanished.

Also there were all the, often subconscious, beliefs about smokers being cool, smoking being rebellious, smoking helping her to relax, the belief that giving up makes you put on weight, and the biggest of them all ‘I just can’t do it, I tried it before and failed, so what’s the use in trying’. You can’t just change into an uncool, fat, stressed, friendless ex-smoker bereft of one of your greatest, stress-relieving pleasures overnight, you know! What will you be and do instead?

Breaking old habits for good and making new ones involves: training the body in the new way of doing things until it feels comfortable; rehearsing the conscious mental processes until they seem natural; and changing the subconscious belief systems – not to mention, actually making the decision that you have smoked your last one! These things will reward your efforts when you persevere. Unfortunately, the rebel in her decided that she wanted to continue to be a smoker. The creator in me, on the other hand, has chosen to keep practising writing and be a writer. It’s hard sometimes. Sometimes I’ve got nothing to say. But I believe it will start flowing again. I will get back in the habit.

If you want to do something different instead and need a little help, come see me – email catalyst@nicwalker.com or give me a call on 07989 404112 .